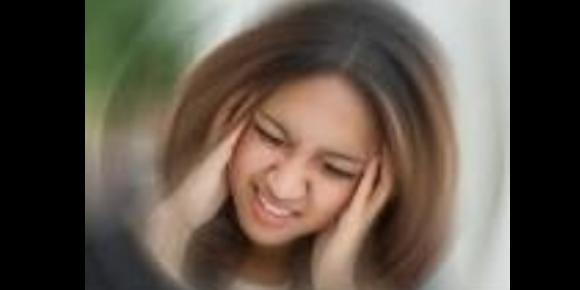 Many people have resigned themselves to a lifetime of dizziness, lightheadedness, fainting spells, unsteadiness, and other forms of intermittent dizziness, all because some doctor or doctors have told them, "you'll have to live with it."

Many of these people have never been to a chiropractor, had a thorough chiropractic exam, and are unaware of chiropractic's strong reputation in the diagnosis and treatment of dizziness and some of its causes. So asking a person to " learn to live" with a dizziness problem when no chiropractic doctor has yet been seen for the problem is an irresponsible conclusion, to say the least. That's why it is so important that patients - who have personally experienced chiropractic care for dizziness - tell their friends their results.

Despite all the movements you make as you conduct your daily life-bending, twisting, turning, starting, stopping, jumping-the vestibular system, located in the inner ear, works closely with certain areas of the brain to help keep your sense of balance through it all. Without this system, you would be completely disoriented and dizzy.

At the heart of the system are structures behind the eardrum containing, among other things, a fluid called endolymph, hair cells, and tiny calcium stones called otoconia. When your head moves, the movement of the fluid and the weight of the stones bends the hair cells. The bending of the hair cells triggers an electrical signal to the brain to help you keep your balance.

Dizziness can be a sign there is a disturbance in the vestibular system, a problem in the brain or its connecting nerves, or a problem in organs. So you should always take dizziness seriously. Sometimes it comes from life-threatening problems such as a "small stroke" followed by a major stroke,  a brain or ear tumor, brain or nerve damage, or other serious problems. Dizziness can also be a symptom of systemic conditions like anemia or high blood pressure.

MISALIGNED NECK VERTEBRA MAY CAUSE DIZZINESS

Chiropractors take dizziness seriously. Often dizziness is a sign of vertebral misalignment (subluxation) in the neck which pinches nerves. Detecting such misalignments and adjusting them back into proper alignment are some of the chiropractor doctor's main areas of expertise. Remember, the brain helps maintain balance by coordinating nerve impulses from the ears and eyes, form the neck and limb muscles, and from the arm and leg joints. If the brain gets a weak or garbled message because nerves are pinched and not functioning properly, the person may feel dizzy.

Call Dr. Holtfrerich at 913-383-1202 for an evaluation of dizziness. Guessing the cause can be a dangerous game.